Financial lessons can be learned in many different ways.  Experience can be one of the best ways to learn lessons.  Part of the learning process is making mistakes.  Surprisingly, it is not just people new to investing who can make big mistakes.  While it doesn’t happen as often, large companies can make large mistakes as well.  Archegos Capital Management was an investment management firm that made some mistakes that should only be done by newbies to investing.  So let us take a look and see what we can learn from Achegos’ mistakes.

ACM was a fund created just to manage the money of one family (the hedge fund manager Bill Hwang).  Because it was a family fund, it didn’t have to disclose the funds holdings or trades.  This would turn out to allow it to make investments with sums of money it should not have had access to.  We’ll look at that in a bit.

The fund had borrowed money from multiple banks to purchase stocks on credit (known as on margin).  Banks will let you borrow money for investing if you keep a certain amount of money in cash available to cover your losses if the stock drops.  If the stock drops more than expected, then the bank will ask for more money to be in cash (known as a margin call).  Usually, that means selling some investments in order to raise that cash amount.

When a few stocks like Discovery (DISCA), Viacom CBS (VIAC), and Bidu started to drop, the banks got in touch with Achegos Capital Management and asked them to raise more cash.  The fund had to do that by selling some of those very stocks that were dropping in price.  This caused the price of those stocks to go down even more. This was because more stock was being sold by the fund than there were buyers who wanted to buy it at that price.

When you are dealing with a barter type of market, the value of something such as a share of stock will depend upon what both the buyer and the seller agree it is worth.  If no one wants to buy a share of stock at a particular price, then the seller has to drop the price until someone agrees to buy it.

With Achegos wanting to sell a lot of shares to raise cash, the price kept dropping to find buyers who would purchase the stock of these companies.  In the case of Discovery and Viacom, the price eventually dropped to half of what had been!  As the price went lower, the banks wanted more money to be in cash causing further selling of their holdings in those stocks and price continued to spiral downward.

What financial lessons can we learn from what ACM did?

Borrowing Money Can Ruin Your Investment

The first financial lesson is that the ability to purchase shares of stock by borrowing money (trading on margin) is very risky.  It is possible to lose more than your original investment. It can multiply your profits but also multiply your losses.  If stock goes down, the margin calls will result in having to sell at a loss. 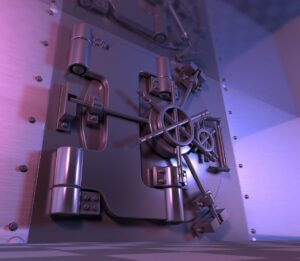 Archegos managed to borrow even more than it should have been able to by borrowing money from multiple banks (multiple loans) who did not know of the other loans on the same investments.  That’s a bit like buying a super-expensive car by borrowing a fourth of the price from four banks and telling each one that you already paid for the other three-fourths.  Each bank then thinks that you already paid for most of the car and their loan is likely to be paid off.  They don’t realize that loans compromise 100% of the car’s value!

The lesson here is that if you are going to invest money make sure you just invest the money you have to invest and don’t borrow money to try to increase your profits.  If you use a financial advisor, make sure they don’t do that with your money either.

Never Put All Your Eggs Into One Basket

Another mistake that Achegos made was to invest heavily in a few stocks.  Thus, the financial lesson is that this is very risky.  This meant that if any of those few stocks  started to drop in price, the fund would lose a lot of value.  The financial lesson here is since you don’t want to be betting on the success of only a few companies, the lesson is to invest in many companies so that if one doesn’t do well, it hurts the overall portfolio a little bit rather than a lot.

Regardless of the Size of Your Basket, Watch it Closely

Because of aforementioned loans by the banks, they were exposed to the risks of Archegos as well.  Smart banks watched their loans closely and when things started to go south, they acted quickly to avoid getting caught up in any losses.

The financial lesson we can learn is that when investing, it should never be a buy and forget method.  Even Warren Buffet, who is famous for saying that the time period he plans to hold a stock is forever, watches his investments and will sell a stock if it is no longer the darling company he invested in.