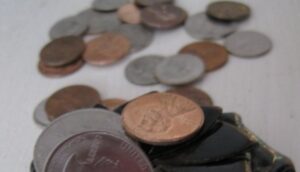 So far it's not been a good March in 2020.  Okay, so perhaps that is an understatement.  Headlines continue to push the news that the "Markets" are dropping huge numbers such as the 3/9 2000+ point drop in the Dow Jones Industrial Average -- which is the largest point drop in the history of this index.  (I should point out that it is NOT the largest percentage drop in one day.)

Let's take a look at what is behind this drop in the market that is getting close to erasing the gains of 2019.  The basis for the drop is from uncertainty.  The markets hate uncertainty.  First, the COVID-19 spread is causing uncertainty in what effect this will have on the economy.  Second, this is an election year, and there is still uncertainty over who the Democratic candidate will be as well as who will win the November elections.  Next, the price of oil dropped over news that more rather than less oil is going to be produced by Russia and the Middle Eastern OPEC members.  And we also have a significant drop in the cost to borrow money.  (As of 3/9 the 10-year treasury note was just below 0.5% -- it was nearly 2% at the beginning of the year.)

Should one panic?  By no means.  In fact, the markets tend to overdo news, and some areas may already be at prices lower than they should be based on actual value of what makes up that price.  Think of it this way: some areas of the market are "on sale" and if you have some money to invest, you may be able to find bargains.

Another fact to take into account is that the markets have been going up (with little ups and downs) for the past 11 years without going down by 20%.  That's very unusual.  On average, markets tend to have a 10% drop at least once/year.

The COVID-19 health changes may improve our entire country's health by raising the level of the general population hygiene.  Likewise, the emotional reaction to the market decline may result in more people taking a look at their investments to see if they are properly diversified and invested for their risk tolerance, age, and stage in life.  Both are positives for society.

For those who are scared by the financial news, remember that investments are for the long-term.  Even after some of the gut-wrenching drops in 2000 and 2008, the market came back to the peak levels within a few years.  If you are looking at using that money in 10 to 40 years, a few years are nothing to worry about.  Acknowledge the news -- that we are seeing a downturn -- and then go on with living life.

This website uses cookies to improve your experience while you navigate through the website. Out of these, the cookies that are categorized as necessary are stored on your browser as they are essential for the working of basic functionalities of the website. We also use third-party cookies that help us analyze and understand how you use this website. These cookies will be stored in your browser only with your consent. You also have the option to opt-out of these cookies. But opting out of some of these cookies may affect your browsing experience.
Necessary Always Enabled

Performance cookies are used to understand and analyze the key performance indexes of the website which helps in delivering a better user experience for the visitors.

Analytical cookies are used to understand how visitors interact with the website. These cookies help provide information on metrics the number of visitors, bounce rate, traffic source, etc.

Advertisement cookies are used to provide visitors with relevant ads and marketing campaigns. These cookies track visitors across websites and collect information to provide customized ads.

Other uncategorized cookies are those that are being analyzed and have not been classified into a category as yet.