This occasional review is probably a dangerous thing for me, but something I’ve wanted to do for a while.  It is dangerous because you and I will be able to read the archives and see how I did from a hindsight perspective that I do not have as I write them.  So if you’re willing to see how my future vision plays out, I’m willing to give it a go. 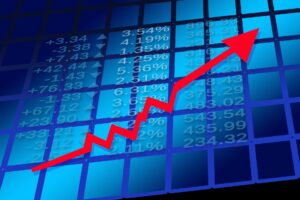 As 2017 winds to a close, we’ve seen a surprising growth in the overall market this year.  Although it may sound surprising, the global market (particularly the Far East) has done even better than the US markets for the year.  It shouldn’t be a surprise, since world markets had underperformed for quite a few years when the US market was doing quite well.  Even in 2015 which was a pretty flat year one could say that the US wasn’t doing very well, but it was doing the best of any of the country markets.  So, when the economy got back on track after the struggles of 2008, it makes sense that the global markets would have done better because they had been beaten down for so long.

In 2017 we’ve also seen an almost-unheard of 20% gain in the S&P 500 index.  I’m sure “the Donald” will take credit for it, but if he does he should take credit for the “buy on the rumor, sell on the news” effect as well.  The tax changes that Congress came up with pretty much defined the Santa Claus rally we’ve seen in 2017.

So what will 2018 look like?  I believe that 2018 will be more volatile than 2017 was.  2017 was a slow and steady upward trend with very little in the way of pullbacks.  Stock prices vary from fairly valued to overvalued depending upon what metrics you measure them by.  In either case, we have gone quite a number of months without a 5-10% pullback in the market which is a natural part of the market.  This leads me to believe that we will likely see a pullback in 2018.  We will also likely see a rather steep pullback that, once triggered, will drop rapidly causing many to believe the multi-year bull market may be ending and sell off or take profits.  So my prediction is that the pullback will swing too far down and will offer an opportunity for those with some money available to buy in at sale prices.  The market will, of course, realize things have gotten too cheap and will go back up again — perhaps to the same highs as before, or perhaps not quite as high.

As for when this will happen, I cannot predict.  I’m not that foolish!

Do I have any advice for investors?  A little bit.  If you have a plan for long-term investing, then my advice would be to keep with your plan regardless of the market direction.  Hopefully, your plan is one that has rules for both upward markets and downward markets and non-emotional ways to execute those rules.  For those taking a more active role in investments, I’d watch for the downturn.  Then use rules which you should already have in place to decide when to take some profits and make money available for use later, as well as when and under what conditions you would start to move away from more volatile to less volatile investments.  The key is to develop those rules now, when everything is looking rosy so that when (not if) the market changes direction, you have a plan for it.

That’s it for December 2017.  Happy New Year to all, and let’s see where things go this year.