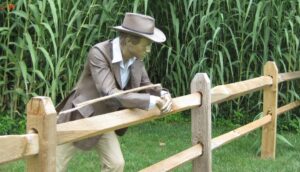 f my friends are retired, but still active in activities that interest them. One lament I hear frequently is, “I feel like I’m busier now than when I was working.” Two people have even told me that they feel their retired life is out of control with all their activities. In the corporate world, either your manager or the job responsibilities helped control the amount of work or focus on work. But now that you don’t have a boss, you are on your own to manage your time. If you happen to feel that you need some help, here are some simple suggestions to regain control and enjoy retirement again.

First, make a list of all of the activities you are involved in. This includes anything you spend time doing from the little items of grocery shopping or mowing the lawn to larger things like being a director on a non-profit’s board. Big and small, list them all.

Next, force yourself to prioritize the list. At first you may think that everything is a priority, but if you think about it critically you should be able to decide which is higher and which is lower. Once you’ve completed this, congratulate yourself since you’ve already helped figure out what you want to do with your time.

One thing to remember about this list is that it is a point in time and it can change over time. You can decide to stop doing some things for now, and later on re-prioritize those items higher, and some higher priority ones lower.

Many years ago in an interview with a female CEO the question was asked, “How do you handle your work-family balance?” The CEO responded that it wasn’t a matter of trying to do both at once, but a matter of changing the priorities of each. So sometimes she told her family that work was a priority and they would not see much of her. Then later, she would focus on her family and not spend as much time at work. Likewise, in looking at your list, you don’t have to give up everything – just some things now, and later different things. After all, retirement is meant to be an enjoyable time of life – not a burden on yourself.